Flotation reagents are a crucial processing technology that has remained relatively unchanged since its introduction, though It has seen numerous advancements in both use, technology, and reagents over the years.

Initially employed in the mining and mineral processing sectors, it was one of the most significant 20th century enabling technologies. The ancient Greek, Persian, and Egyptian writings are among the earliest indications of this technology’s antiquity.

However, contemporary flotation methods are more a testament to significant technological advancements in flotation chemistry and chemicals than hardware and manual labour. 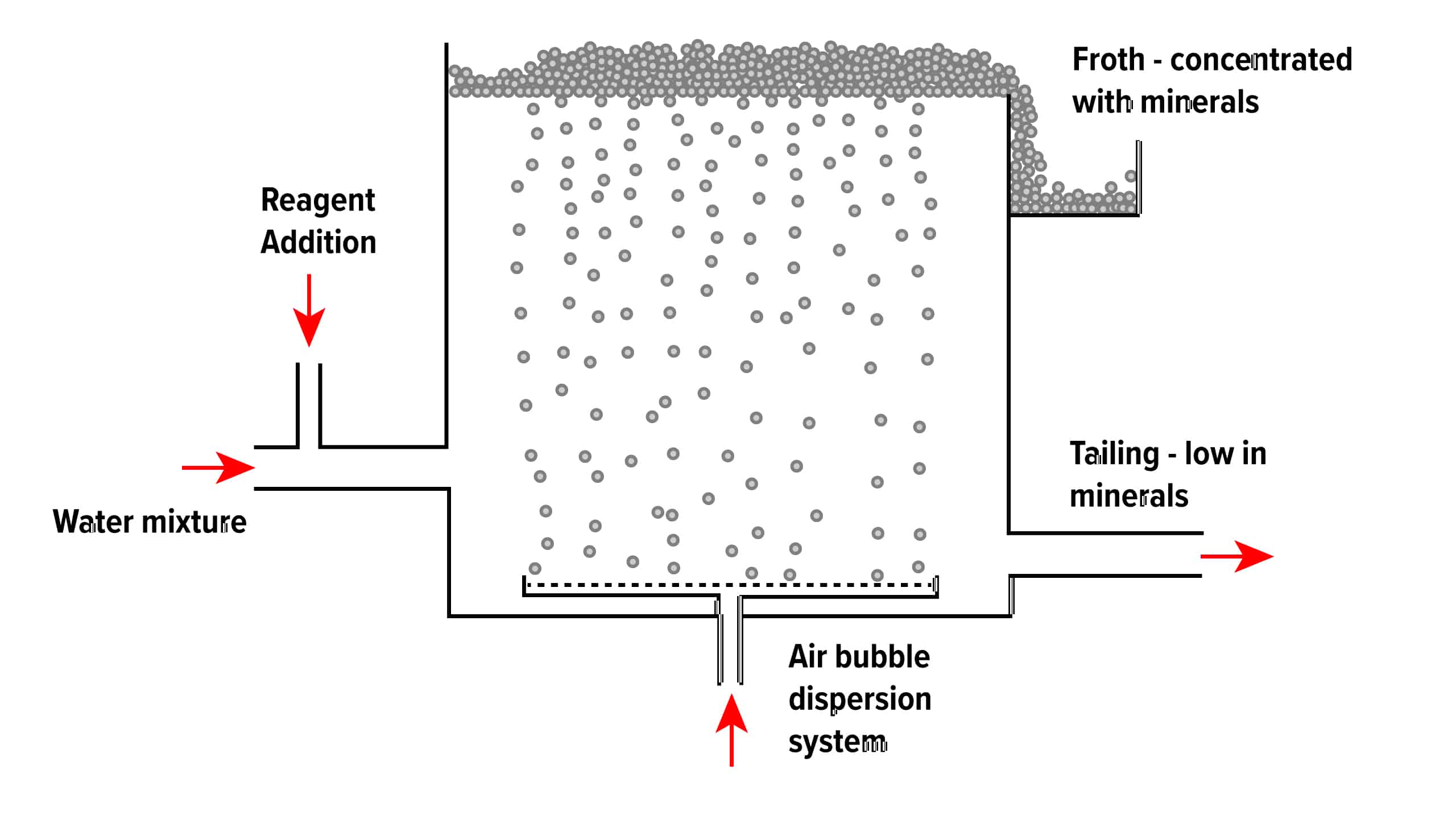 The froth flotation process is about taking advantage of the natural hydrophobicity of liberated (well ground) minerals/metals and making/playing on making them hydrophobic (water-repel) individually to carefully separate them from one another and the slurry they are in.

Froth flotation is a method of separating minerals from gangue by exploiting differences in hydrophobicity. Wetting agents and surfactants are used to make the hydrophobic distinctions between valuable material and waste gangue possible.

The selective separation of the minerals makes processing mixed ores a more economically feasible task. It is particularly effective in treating fine minerals and solves the complex recovery process of valuable components in many fine mineral particles. The flotation process separates an extensive range of sulphides, carbonates and oxides before further refinement.

Some of the advantages of the froth flotation method include: Flotation reagents are classified according to the role they play in flotation. Collectors, frothers, regulators, and depressants are used as classifications for such reagents.

How can we help?

It’s essential to work with a supplier that can guarantee consistent quality; Redox can supply within Australia, New Zealand, and the United States and is in a great position to meet and exceed your expectations; contact one of our industry specialists today.