Hydroelectric power generation is the main source of electricity in the south-west area and with this year’s dry period in Yunnan being longer than in previous years (December to May) generation was impacted.

It was only in May of this year that power restrictions began to escalate again in Yunnan, affecting a large proportion of the yellow phosphorus market who were forced to reduce or stagger their production.

With this as a backdrop, we can see how yellow phosphorus prices began to rise noticeably from mid-May onwards and as a result the market supply tension has continued to intensify as the market essentially has not enough inventory to meet demand.

It is predicted that the price and supply of yellow phosphorus will continue to trend upwards, at least in the short term.

China produced 130 million tons of phosphate ore each year until 2015, when it was at its peak.

However, environmental concerns were being raised and the potential issues that could impact the phosphate market if left unchecked for too long. Things such as uncontrolled mining and primarily small and medium-sized business practices and the impacts these have on the environment.

As a result, improving the governance and adaptation of phosphate mines has been one of China’s most significant environmental governance triumphs in recent years.

As of May, the cumulative production of lithium iron phosphate was 50.3%, more than 49.6% of ternary lithium batteries, and is predicted to see year on year growth up to 80%. 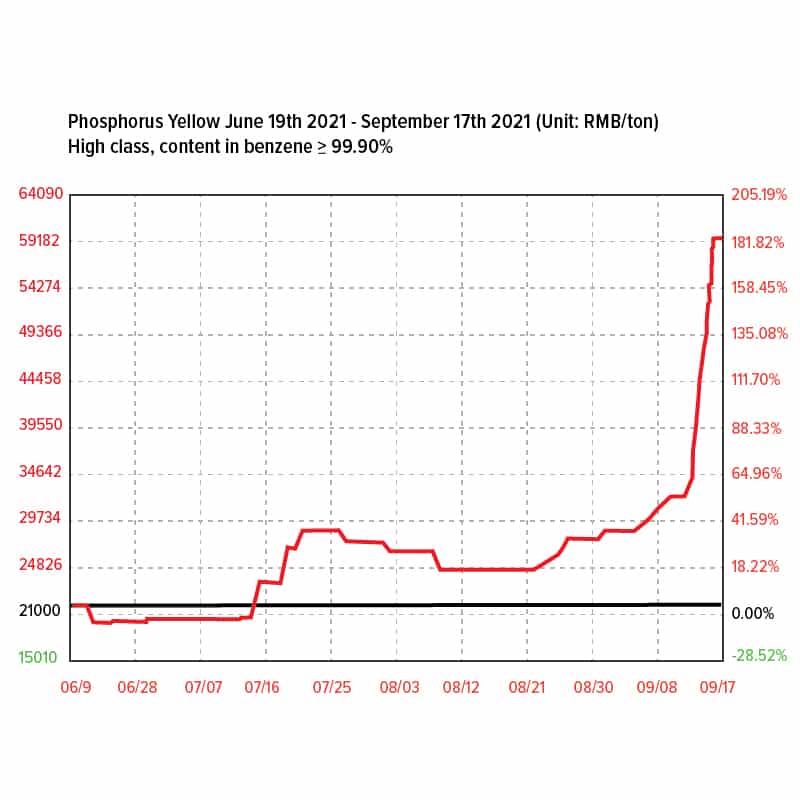 Some of the affected products that may be impacted by the issues surrounding the phosphorus market have been listed below.

Please contact your Redox representative to discuss any concerns or supply strategy.

Through a careful and detailed analysis of a customer’s crops, fertiliser application rates and exploring Redox’s range of products, we aim to deliver the best advice tailored specifically to each grower. At Redox, we empower...