For comprehensive animal nutrition, it is well known that the use of in-feed antibiotics has until now, been the main strategy for controlling Clostridium perfringens- associated necrotic enteritis in poultry production. Recently, due to the fear of development of antibiotic resistant microbes, there is a strong trend to totally ban the inclusion of non-therapeutic antibiotics in poultry and swine feed.

Although various alternatives to antibiotics including probiotics, organic acids, enzymes, yeast peptide, prebiotics, essential oils and vaccination have been developed, no single satisfactory non-antibiotics measure against C. perfringens has been identified.

Probiotics have been defined as the live microbial feed supplement which beneficially affect the host animal by improving its intestinal balance and overall animal nutrition. In recent years, new technology and new fermentation method have been developed to select more specific super bacteriostatic strain for the new generation of probiotics (Clostide).

In the Figure 1, it is clearly shown that the antibacterial ability of Bacillus Licheniformis HJ135 developed by Vega group is 20 times than that of normal stain.

Figure 1. The bigger of diameter of bacteriostatic circle is better for antibacterial ability

Animal nutrition in other animals 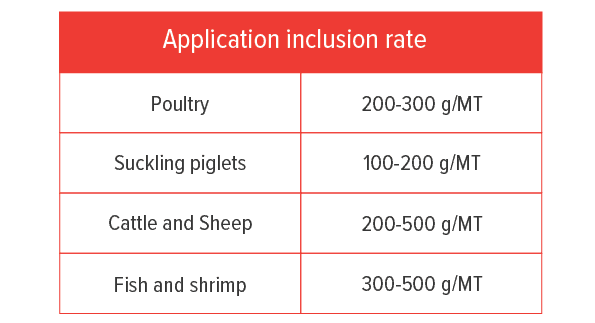 Want to know more? contact one of our industry specialists and ask them today

Usually, this peptide has been referred to as the host defence peptide to directly kill bacteria, yeasts, fungi and virus. Because this peptide exhibits a net positive charge and a high ratio of hydrophobic amino acids, it can selectively bind to negatively charged bacterial membranes and is able to cross the membrane to inhibit RNA synthesis, resulting in lysis of the targeted pathogens such as E.coli and Semolina. Therefore, different from antibiotics, it is difficult for pathogens to develop the resistance to this peptide since it would require drastic changes in the composition of membranes in targeted bacteria.

It has been demonstrated that the addition of this yeast peptide can improve several conditions in the below animals:

Weaning piglets with an average body weight at 7.98 kg for 28 days –

In broiler chickens, compared with the antibiotic treatment, the combination of this yeast peptide and the acidifier significantly reduced the mortality rate and improved body weight gain by 8.4%. As well in ruminants such as lambs, this yeast peptide has the significant effect on the prevention of urethral calculus. 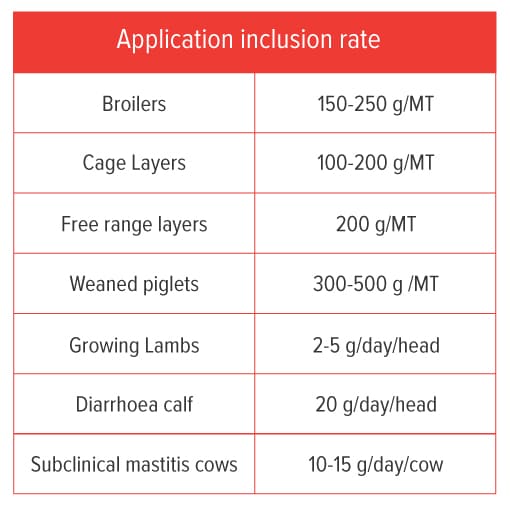 Want to know more? Contact one of our industry specialists and ask them today.

Butyric acid is an important short chain fatty acid that has antimicrobial activity and is now being widely used as feed additives to control pathogens.

Butyric acid is produced within the animal intestinal lumen by bacterial fermentation of undigested dietary carbohydrates and endogenous proteins. 90% of this butyric acid is metabolized by cecal epithelial cells or colonocytes to provide multiple beneficial effects on gut health.

However, free butyric acid has an offensive odour and is difficulty to handle in practice. In addition, free butyric acids has been shown to be largely absorbed in the upper gastro-intestinal tract, resulting in the majority not reaching the large intestine, where butyric acid would exert its major function.

Therefore, commercial sodium salt butyrate has been developed to ease the handling and prevent the release of butyric acid in the upper gastro-intestinal tract. The first line of defence in the gut

But tributyrin consists of butyric acid and mono-butyrin and in the upper gastro-intestinal tract, tributyrin is hydrolzed into butyric acid and α-mono-butyrin but in the hindgut, the major molecule will be α-monobutyrin which provides more energy, to boost muscle growth and to promote capillary development for better nutrients transportation.

There are a number of disorders associated with the gut health of chickens including:

The addition of tributyrin has been widely used to combat gut disorders, and ultimately enhance chicken gut health.

In layer chicken hens, it is able to improve calcium absorption in particular in older laying hens and improve eggshell quality.

In piglets the weaning transition is a critical period due to severe stress resulting from shifting from liquid to solid feed, changing in environment, and mixing with new pen mates.

In a recent piglet trial we conducted in Rivalea, it is clearly shown that adding 2.5 kg Tributyrin /MT post weaning diets for 35 days improved body weight gain by 5% and feed conversion ratio by 3 points. 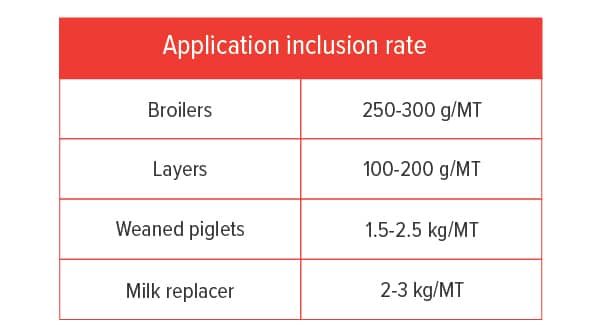 Tributyrin can also be used in milk as a replacer for whole milk and partially negates the negative effect that milk replacers have on rumen development.

Want to know more? Contact one of our industry specialists today and ask them today.

Glycerine, Its name comes from the Greek word Glykys, meaning sweet, but this once considered insignificant product sprung from less humble beginnings. 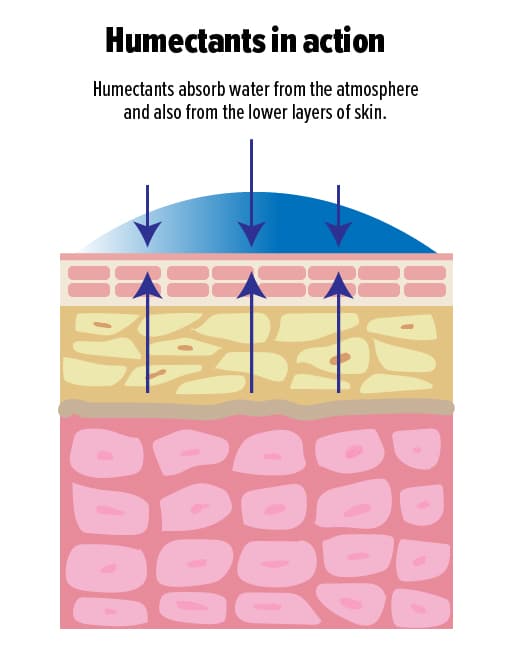 MMB (3-methoxy-3-methyl-1-butanol) is a unique, environmentally friendly alcohol solvent. It’s a clear, colourless and completely water-soluble liquid with the mildest of odours. However its best and most noteworthy property, is its eco-friendly application across a vast range of products and industries.

Thanks to MMB’s low toxicity and ready biodegradability, it is recognised as a human and environment friendly solvent, and can be used in European Ecolabel formulations. In fact, MMB has global registration in over 12 nations with it passing the US Environment Protection Authority (EPA) DfE certification for solvents in 2009, and is listed on Cleangredients due to its low toxicity profile. MMB’s applications are wide ranging, being used in air fresheners and detergents in households, paint and printing chemicals, as a solvent for insecticide and herbicides in the agricultural sector and even as an industrial cleaner for electronics, printed circuit boards and metal parts. Having a sustainable mindset is at its core and putting the planet and future generations first, MMB is paving the way for a cleaner, greener and healthier planet. Its flexibility is a triumph for our planet and with more and more products choosing MMB over less environmentally forward thinking solvents we wanted to highlight this worker for the environment on Earth Day.

To find out more about Earth Day make your way to their website for a more comprehensive outline.